Useful information for young people from the LGBTQI+ community 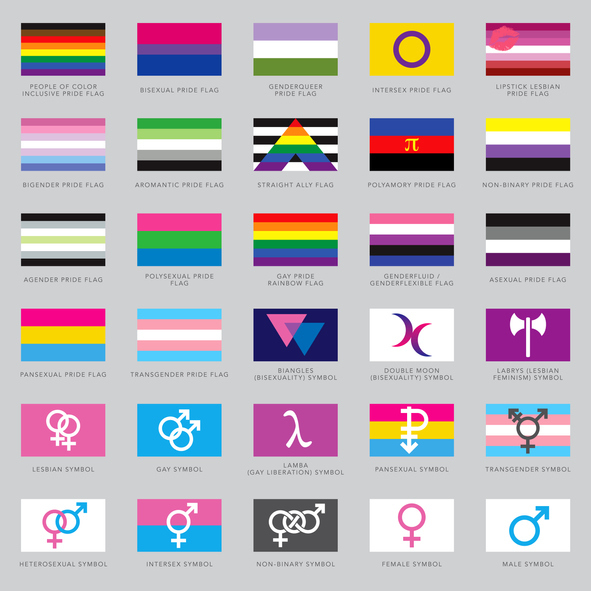 Labels like the ones included below are not meant to define you as a human. It may be that you fit into a number of these or none! To be honest it really doesn’t matter, but you may feel the glossary below is useful in finding out about terms used within the LGBTQI+ community and can be used as a way to identify yourself to others.

(often shortened to aro) means someone who generally does not experience romantic attraction and/or the desire to be in a romantic relationship.

Not generally feeling sexually attracted to anyone, although this can be variable. This could be in spite of having a romantic and/or emotional connection with a person.

Feeling emotionally and/or physically attracted to more than one gender.

A person whose sense of gender identity corresponds with their birth sex.

Someone who doesn’t feel any sexual attraction to a person unless they have a strong emotional connection with them first.

Predominately used to describe males, but is also an umbrella term used by other genders too! It therefore is defined as feeling emotionally and/or physically attracted to people of the same sex.

People who think of themselves as predominately straight but may also sometimes develop an attraction and/or emotional connection to people from the same sex. For example, a heteroflexible boy who may mostly be attracted to girls but occasionally is drawn to other boys. This is different to bisexuality where an attraction to more than one gender is more definite.

People who think of themselves as predominately gay but may sometimes develop an attraction and/or emotional connection to someone of the opposite sex. For example, a homoflexible girl may have come out as a lesbian but might sometimes be drawn to boys too. This is different to bisexuality where an attraction to more than one gender is more definite.

An umbrella term that describes people born with different variations in sex characteristics including chromosomes, sex hormones, or genitals. For example,  Some intersex people have genitals or internal sex organs that fall outside the male/female categories — such as a person with both ovaries and testes. There can also be many other combinations.

Girls who are emotionally and/or physically attracted to other girls.

An umbrella term used to describe people who feel their gender cannot be defined within the margins of gender binary.

Feeling emotionally and physically attracted to people regardless of gender. Essentially, a person is attracted to another human irrespective of their gender.

Someone who is emotionally and physically attracted to some genders, but not all.

Some people use this as an insult, but other LGBTQI+ people use it as a term of empowerment, describing those who are part of the LGBTQI+ community.

Feeling unsure about your sexual orientation or gender identity.

Feeling emotionally and physically attracted to people of the opposite sex.

Describes a transgender person (generally one who was assigned male at birth) who seeks to transition to look more feminine and/or identifies as more female than male.

Describes a transgender person (generally one who was assigned female at birth) who seeks to transition to look more masculine or identifies as more male than female. 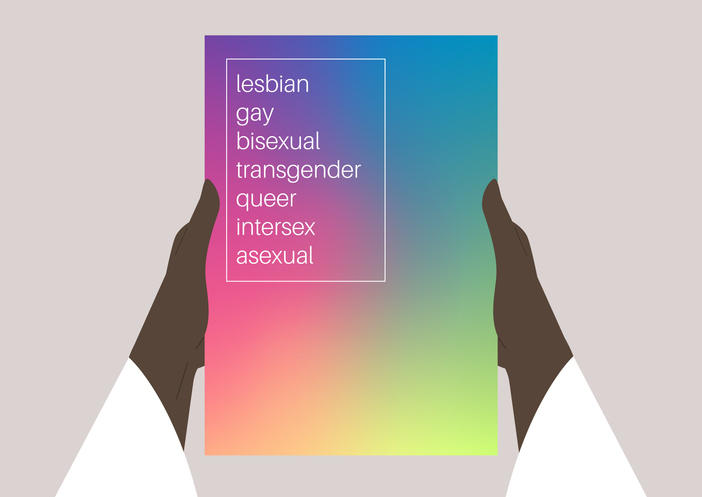