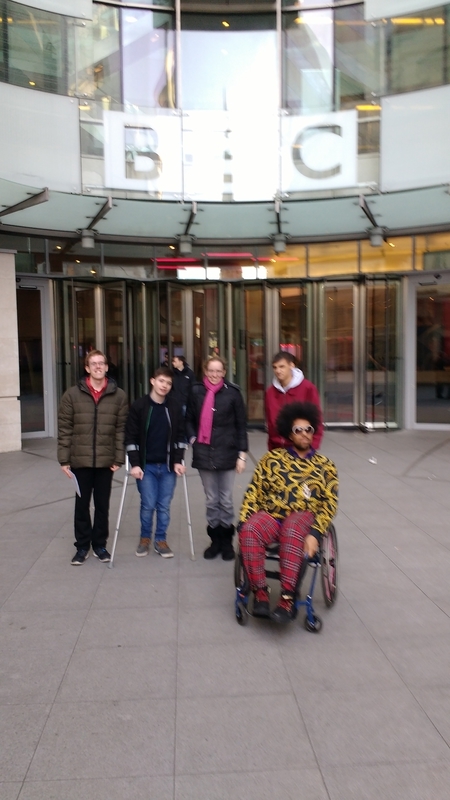 Over the months from November to January 5 young people worked with BBC producers and camera men to make two short films about themselves. These films were screened in the BBC Broadcasting House on the 15th January and we all went together to see them!

This is what some of the young people said about the day and the experience:

"I really enjoyed going on the BBC tour and was so proud to see our film up on the big screen. The most exciting thing for me was sitting on The One Show sofa on the set - amazing!!!"

“It was fantastic to have the opportunity to visit BBC Broadcasting House. We received a guided tour of the building, which included seeing a live weather broadcast! We also watched our films on a big screen, which was amazing! I’m looking forward to watching them again"

"It was a fantastic experience!"